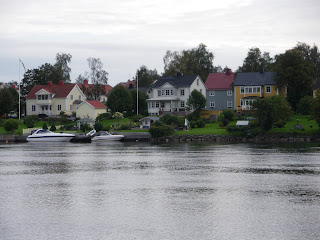 Last Thursday I undertook my first trip away since being back at work and my first night away from Isobel. I went to Umeå in the North of Sweden - the largest city in Nordland and growing fast. It sits along a river and is surrounded by pine forests. The average age there is 35! There is a relatively new concert and opera house 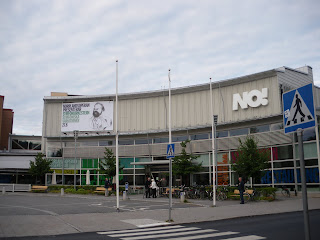 alongside which sits an older wooden building. Apparently the lights above the seats are to keep you warm! Think you might look quite angelic under them. 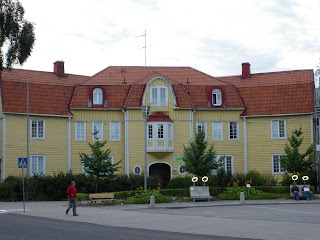 We went for a post concert dinner where often reindeer is on the menue (come Spring), but I sampled some bleak roe which was just delicious. I regretfully passed on the pudding but managed to sample some anyway - cloudberries with icecream. They are grown in marsh land and apparently are quite a delicacy. So sought after people often are very territorial and have cloudberry wars! I can understand why!
Posted by Cupcake at 10:51