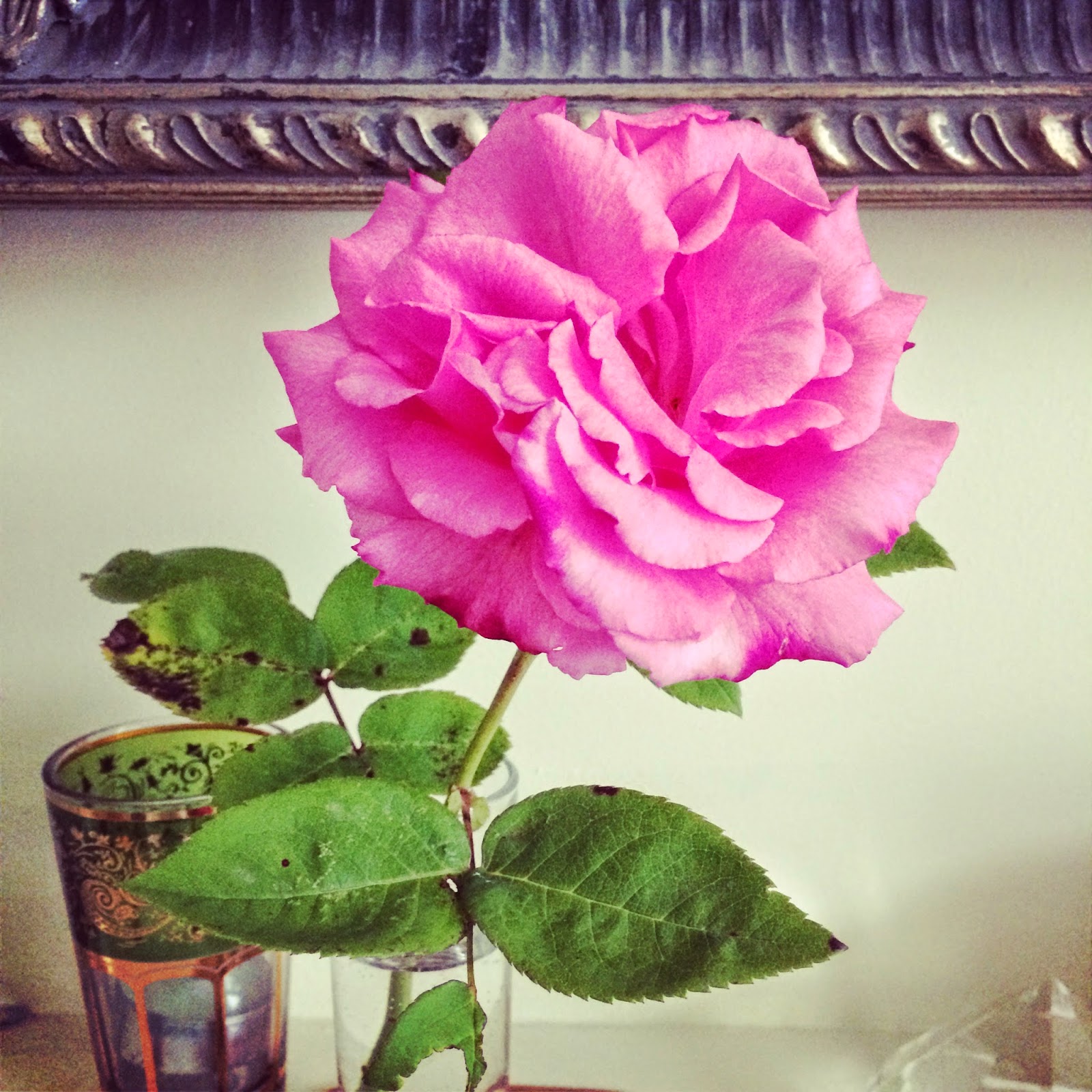 I am not quite sure where April got to - got away that's for sure. I've just had a week off work, being a mum at home and although we've been busy, it has been bliss to have some 'brain' space, time to think, have time with my little boy and do the school run everyday. Not having the pull of work vs home even just for a few days was a very welcome break.

The bank holiday was lovely and warm and really got the garden springing back to life. The roses are all budding and the first bloom on my Getrude Jekyll smells so deeply gorgeous - you could almost drink it. Ignore the black spots! The perfume is so strong it is worth drying the petals. 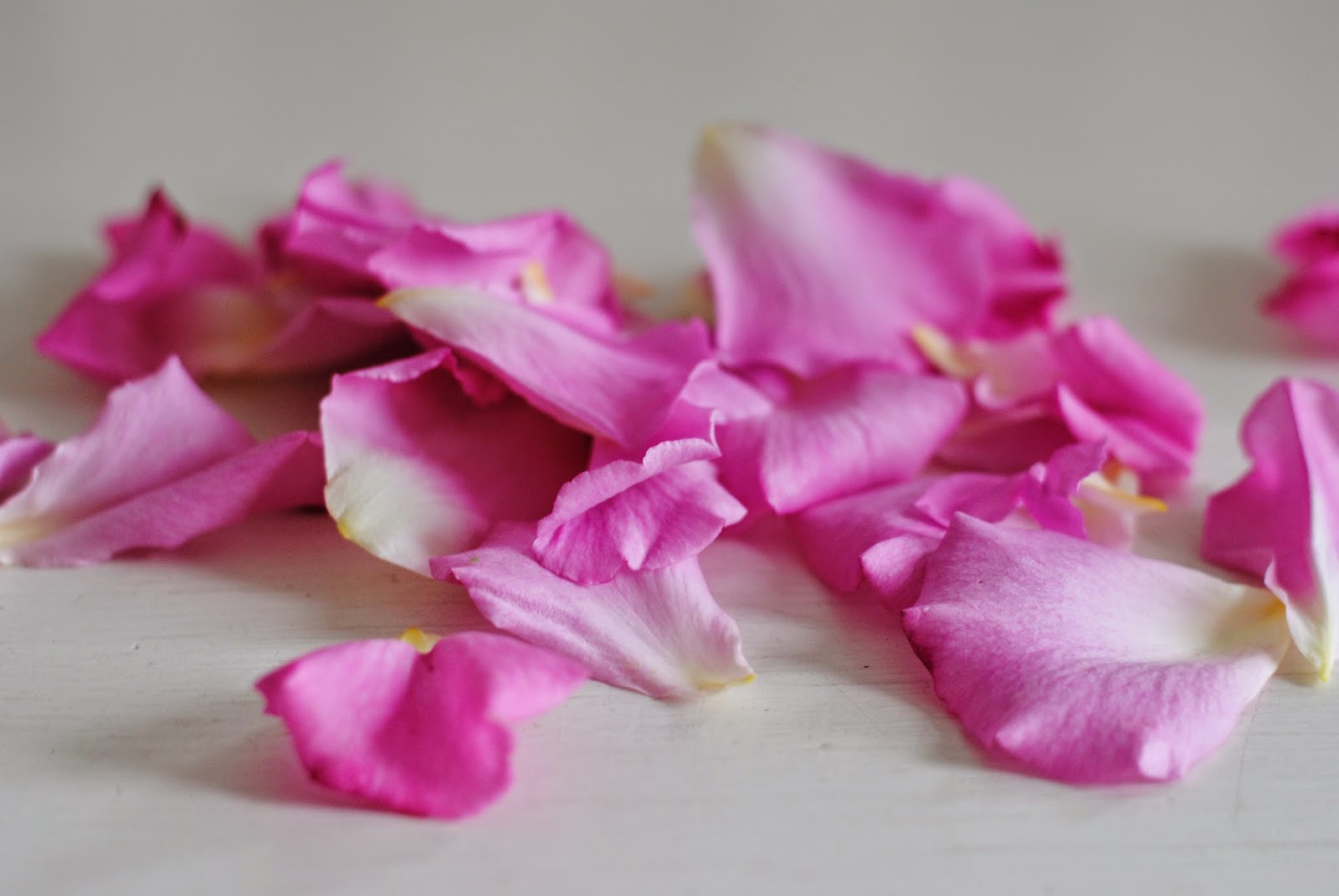 Since my last post I have been getting on with my Granny Squares. It is taking a while and sewing in all the ends will take a time. I originally was only going to do the three rounds, but have now decided to finish them off with a further three taken from another pattern. Having scoured books and You Tube, I have found this blog, Little Tin Bird and the tutorials are a god-send. It's shaping up and I'll see where we are when I have 40 finished squares. 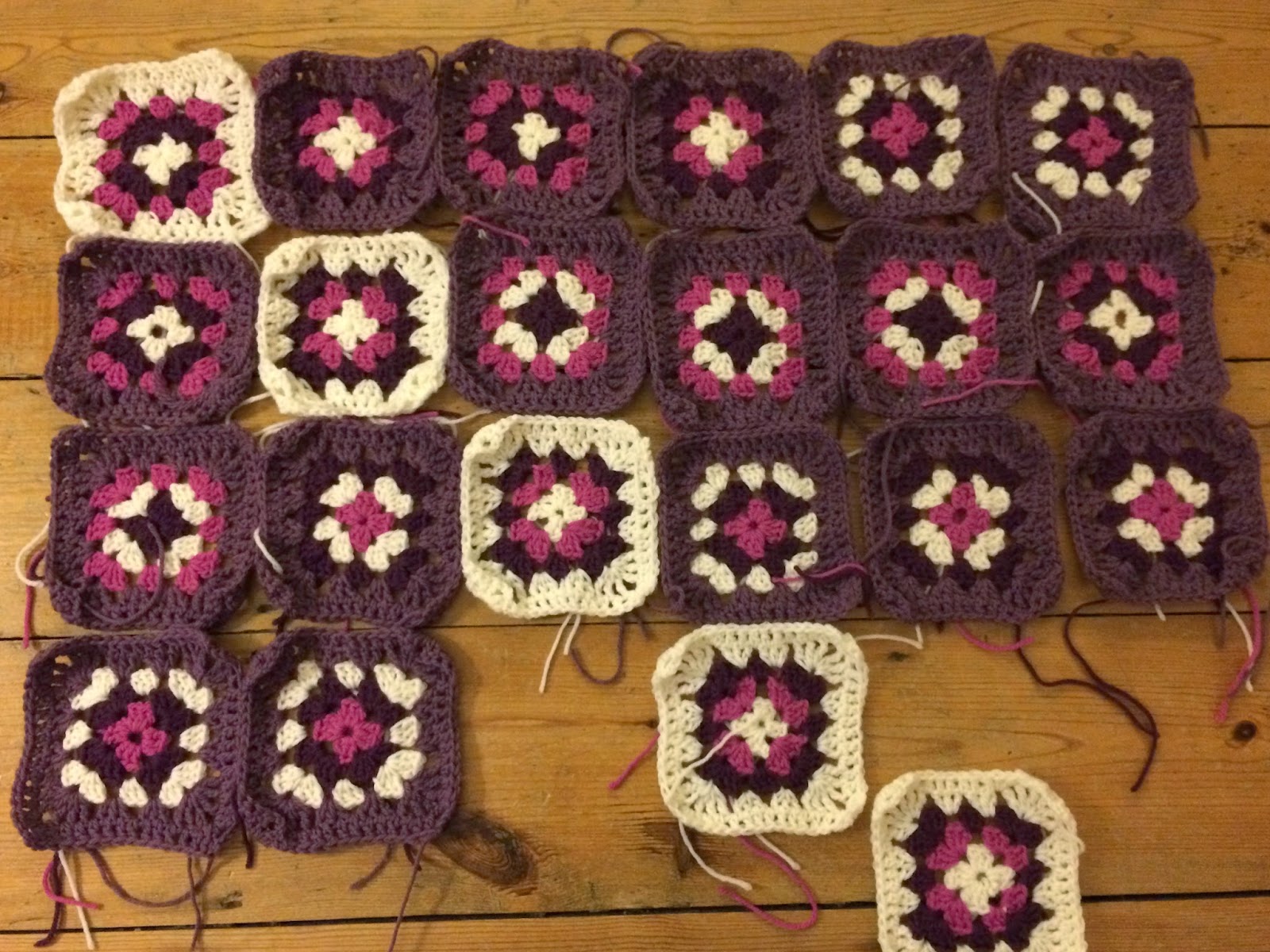 A Little on the Big Side 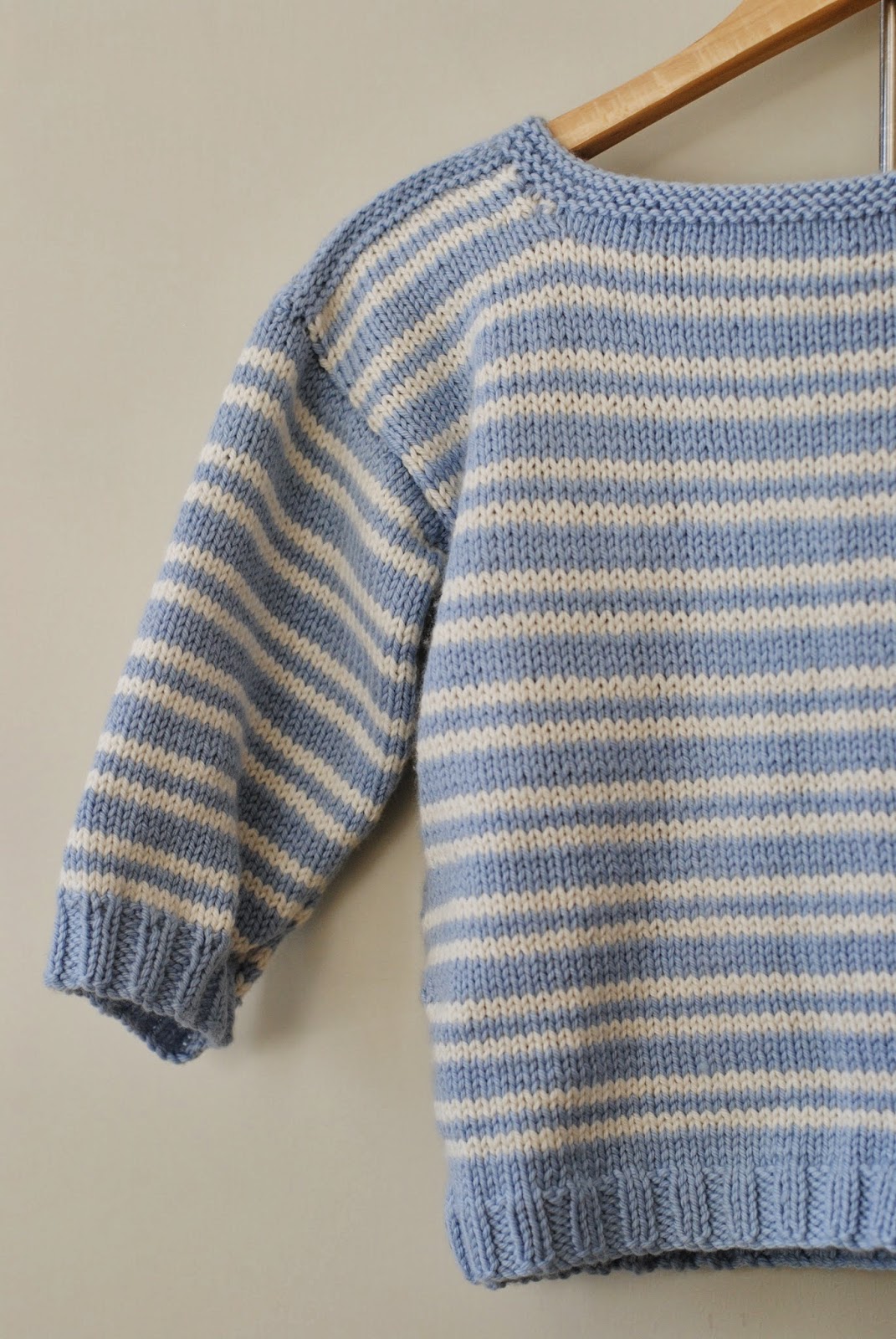 I had some Debbie Bliss Cashmerino Aran in my small stash and my need to knit big - bigger needles together with a striped jumper in mind for Elis. It was surprisingly tricky to find the pattern in aran weight, so after quite a few swatches and tweaks in sizes, I decided to adapt a pattern from Debbie Bliss' Quick Baby Knits. Not ideal as maths is not my strong point, but it has turned out ok - a little on the large side, but it should fit next winter. Elis said 'nice' as he tried it on - sloppy joe style. 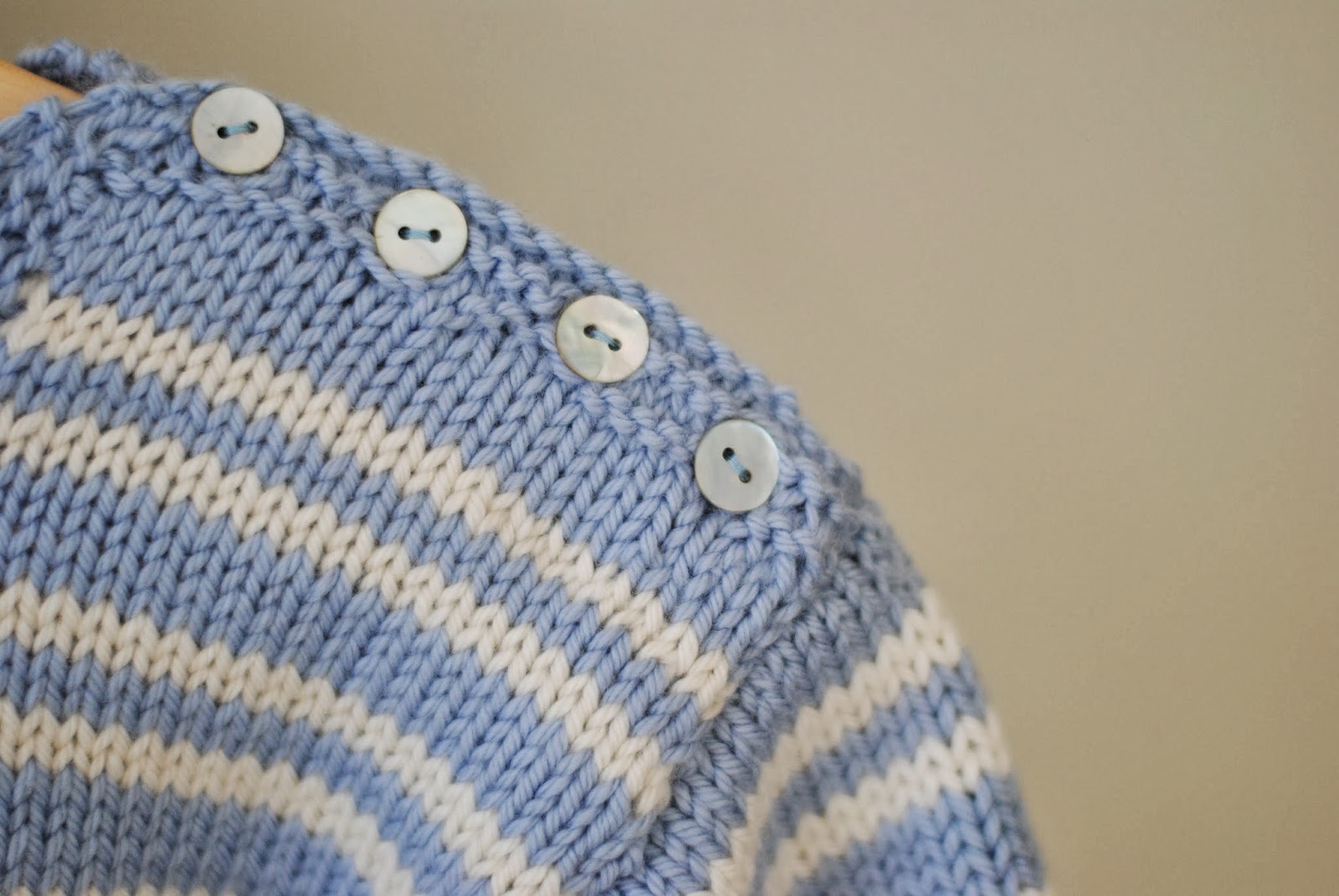 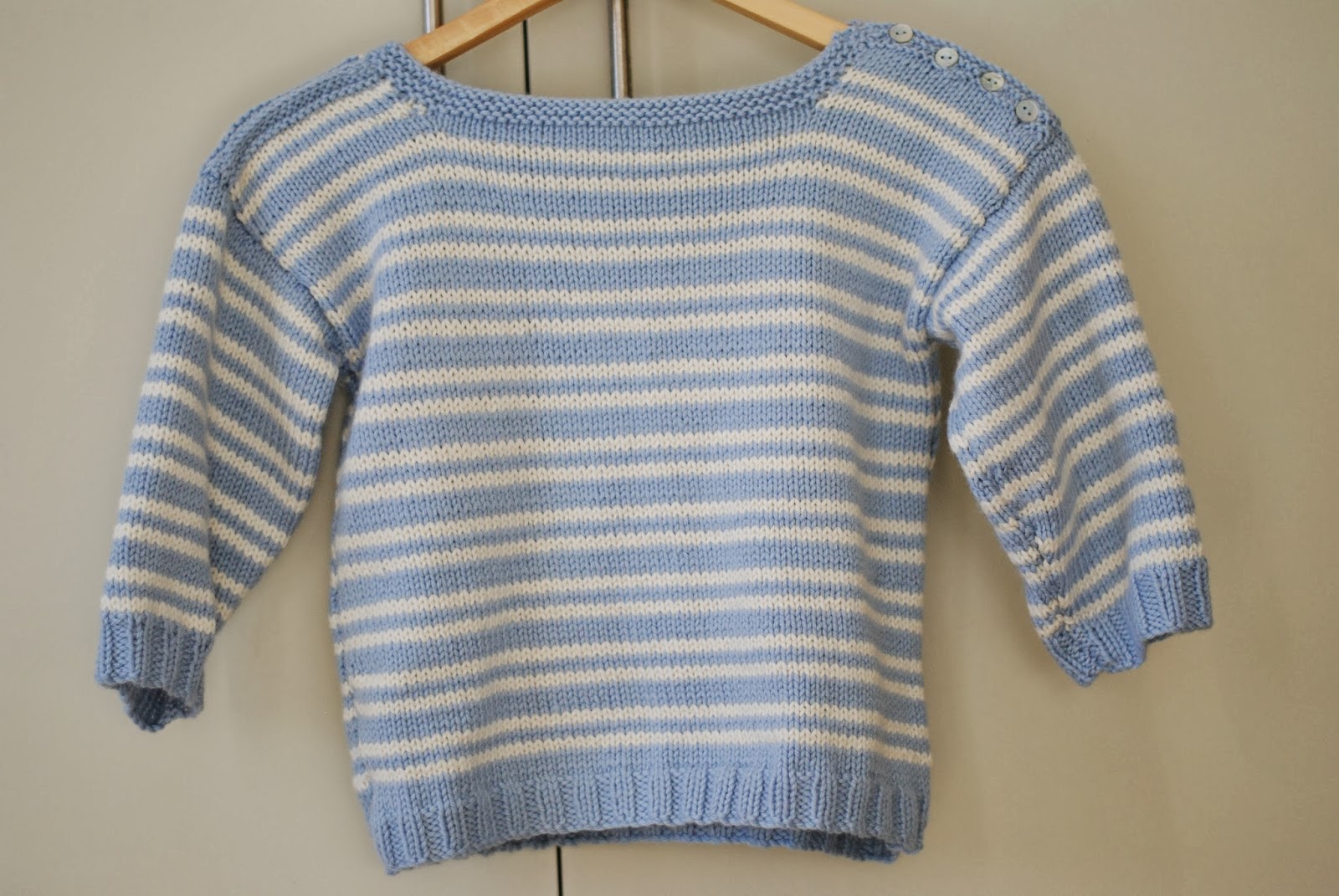 I don't have a new project on the go - which makes me feel a little loss - no solid escapism, but it's all part of a plan to focus on learning to crochet - hope I have some patience! Some new colour bought today as Elis and I raced to the shop whilst Isobel was Pirate and Fairy partying! 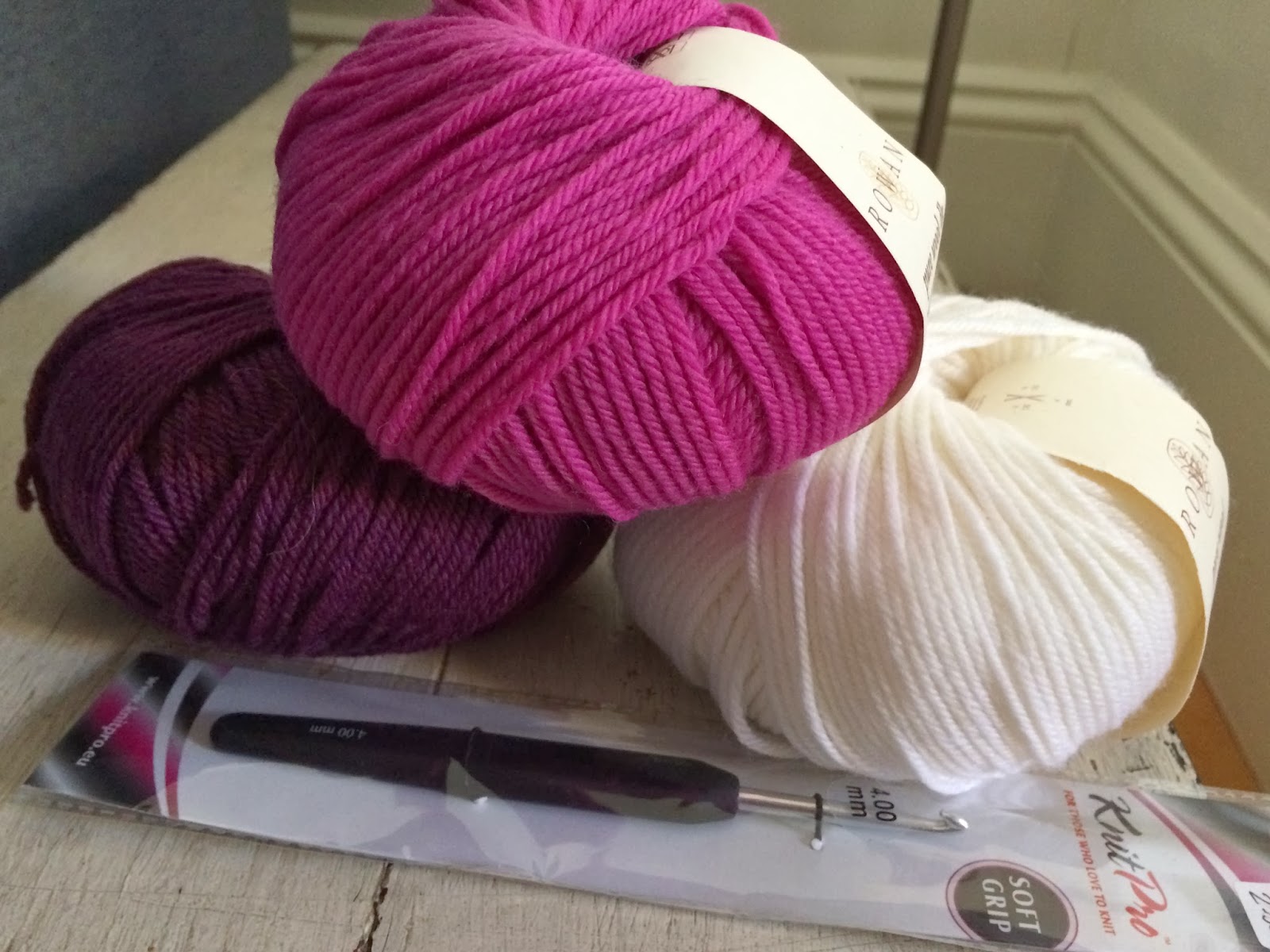 With the onset of half term starting last Friday for Isobel, a tired toddler, knackered me and vile weather I decided to install the Go Slow motto this weekend - I think we all were in need of a bit of time just to enjoy being at home and on Friday we didn't have to be anywhere at a certain time - yippee!  The Butcher, the baker, the greengrocer and candlestick maker online shop all came to us - it was bliss as we watched the wind and rain outside - or as Isobel exclaimed: "It's chucking it down - let's stay inside today".

In an attempt to try and reduce our cake intake in this miserable weather I found a recipe for choc chip cookies (my though process being we might eat less of the cookies...?!>). My cookies have always been disasters - flat and spread out with ooze to then become brittle and tasteless. This time however they worked!! Mary Berry came to the rescue and perhaps in combination with my wonderful Kitchen Aid.  Gorgeously chewy it was hard not to gobble them up as they were warm. A big hit! 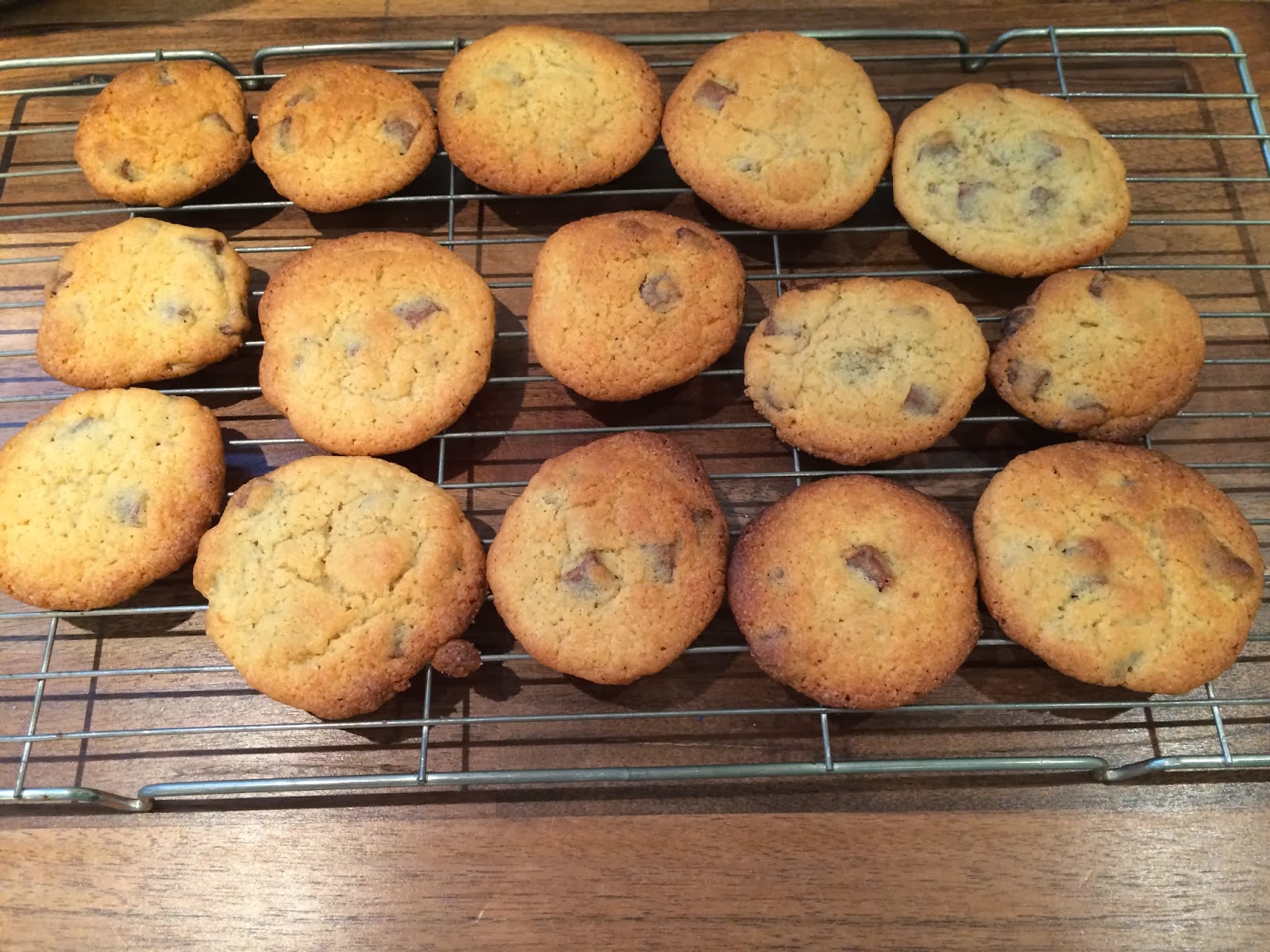 On Sunday our local bookshop was holding a reading by a local poet, Chrissie Grittin, to launch her new book, Stars in Jars. I wondered if it might be too old for Isobel but she LOVED it and seems to have made quite an impression. And most importantly her own signed book! 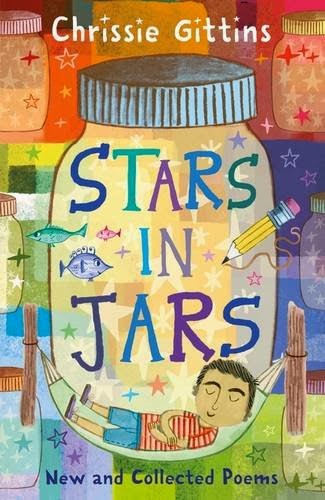 Some months ago I mentioned Isobel had been to a party held at a wonderful paintshop in SE22 with the most fantastic paint wheel which resulted in some stunning and unusual artwork. During the Christmas break we decided to frame Isobel's and here is the result  - now hanging in the kitchen: 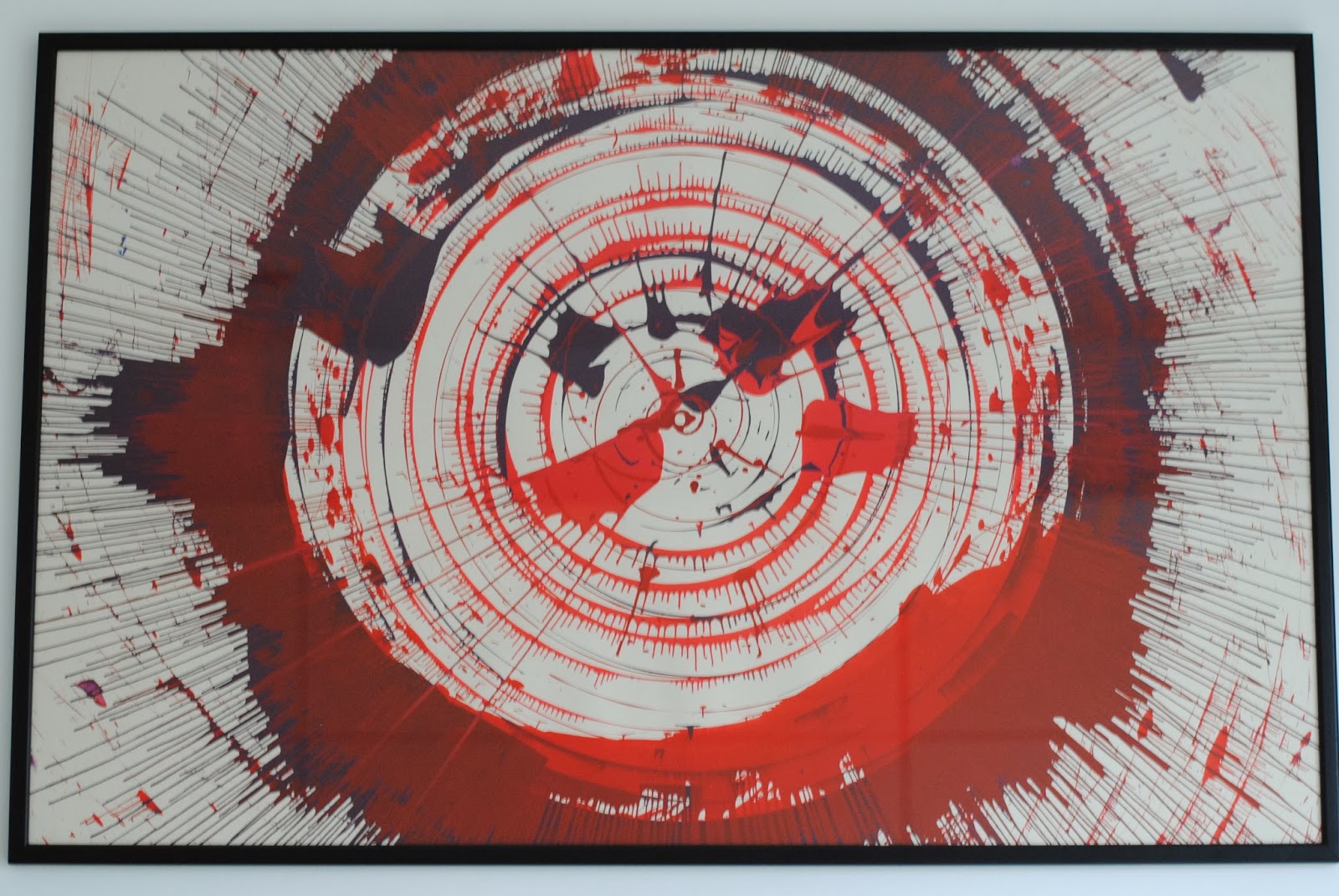 Each child had three cups of different colours and were instructed to throw the paint into the wheel. Isobel of course then threw the cups into the wheel hence the blodges....

It has hardly stopped raining this year so when I see a hint of Spring in the shops it is very tempting to buy a little cheer and a sense that the winter will be over before too long..... 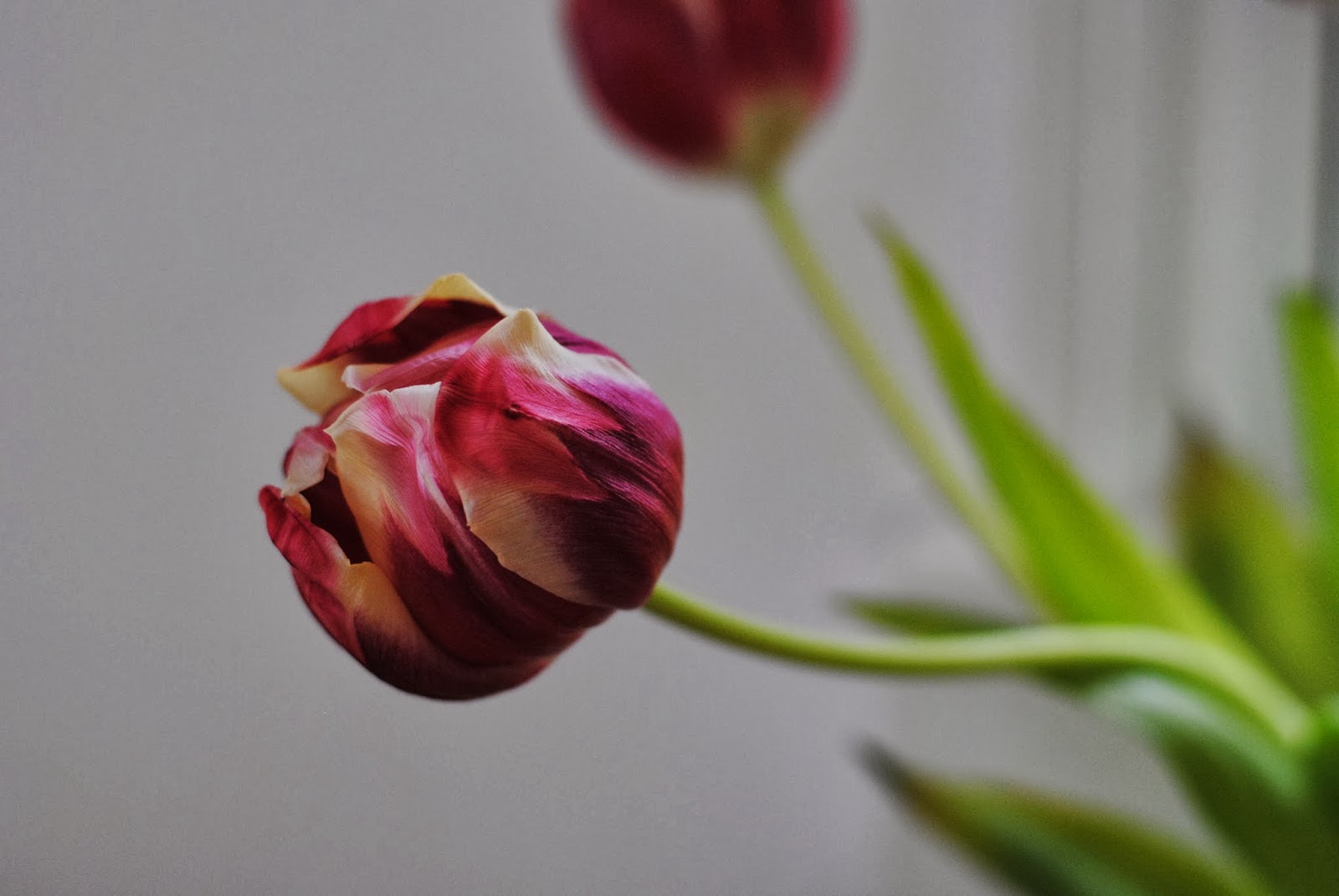 Until then it's time to enjoy those open fires, catch up on the knitting and perhaps learn to crochet (again!) 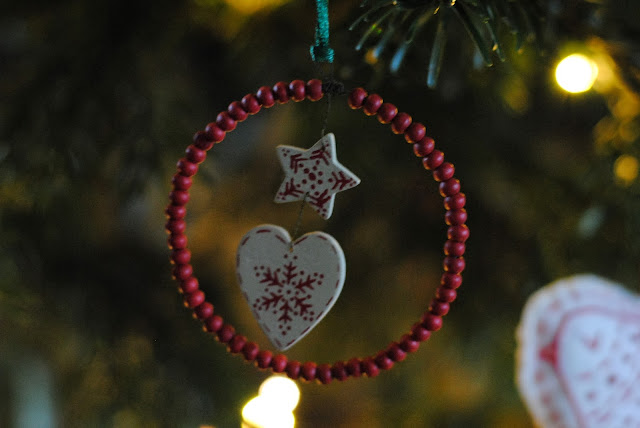 A New Year and all of the optimism it brings. I started a mental list as long as my arm of new years resolutions, but have yet to write them down - perhaps too overwhelming. However top of my list is keep calm, try to de-stress and it is ok not to pack everything in. I hope this will happen and rub off on my children as I feel we all need to go at a slower pace.

We had a great Christmas and New Year - albeit the scary storms we had in North Wales. Isobel had her first experience of a film on the big screen - "Frozen". Despite sobbing through quite a chunk of it, retrospectively, it was a big hit! Otherwise when it was sunny, it was down to the beach. Although winter, Isobel still tried to relax, making Angel wings in the sand: 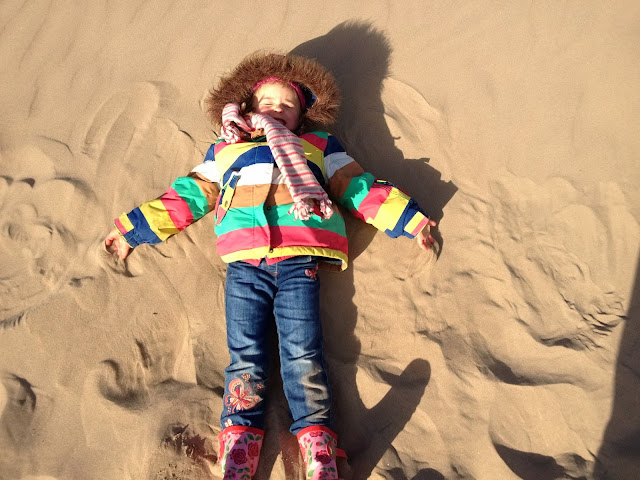 Both kiddies had a ball: 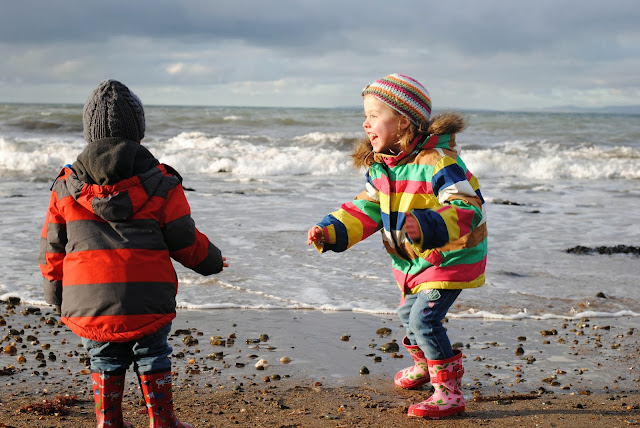 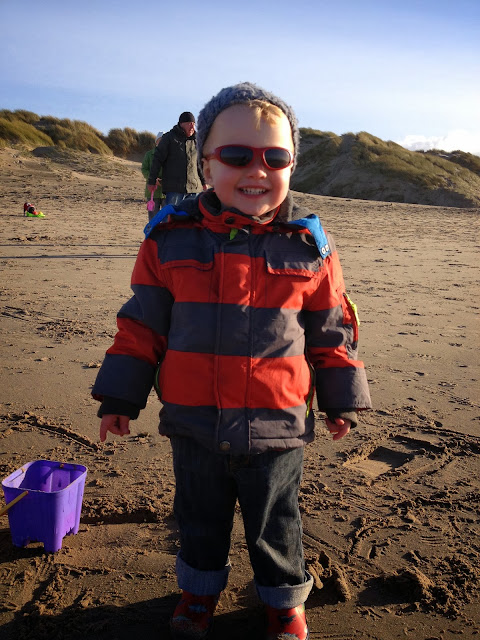 Autumn means party time in our house. Not for the adults of course, but it seems Miss I has a social whirl with friends and family. Much as I love them too - it is nice to have a break on a weekend once in a while! However, before we could stop, it was Elis' birthday - 2! I try to stand back, watching him running around the playground, starting to have conversations and I can't believe he is changing so quickly. After our holiday in France he is pretty keen on tractors...so in my usual rushing about, I attempted to make a tractor cake. I have discovered red food colouring is nothing but pink (no!!), and I should have gone with my instinct for green, but instead we had a pinkish tractor cake. I know it looks far from professional, but to see his smile and hear him say tractor meant the world to me! 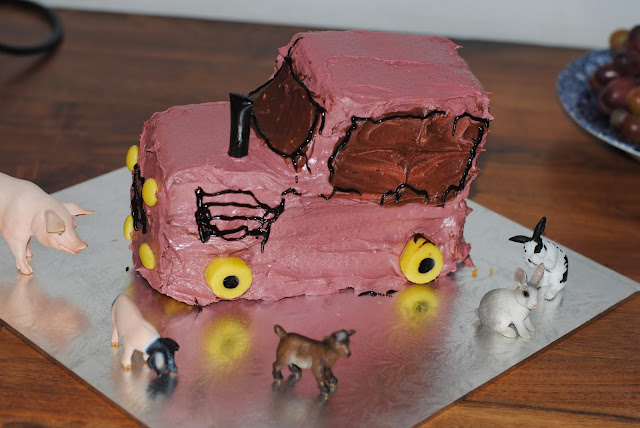 The wheels were suppose to be creatively shaped cupcakes, but a bag of licorice allsorts was too handy.

The 5th birthday party was a joint affair and the other two mums and I made a cake each and we slabbed it together with lots of mascarpone icing and smarties galore! Mmmmm.... 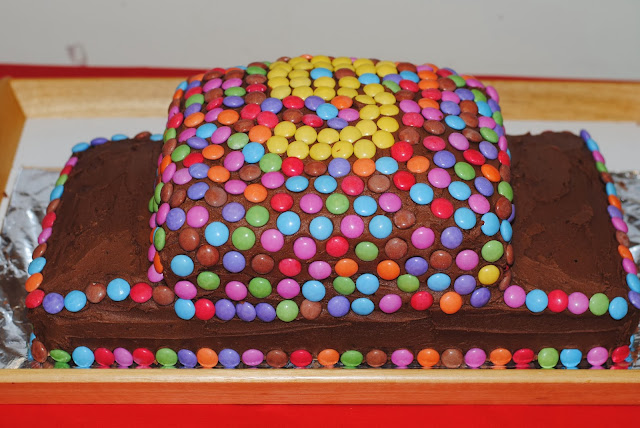 And if that wasn't enough, Miss I's had asked for a castle cake so as we had a pre-celebration on the Sunday (I can't make castle cakes mid week) the following day we had this: 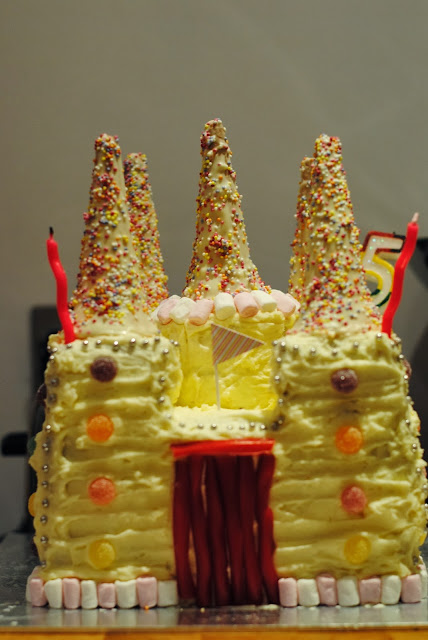 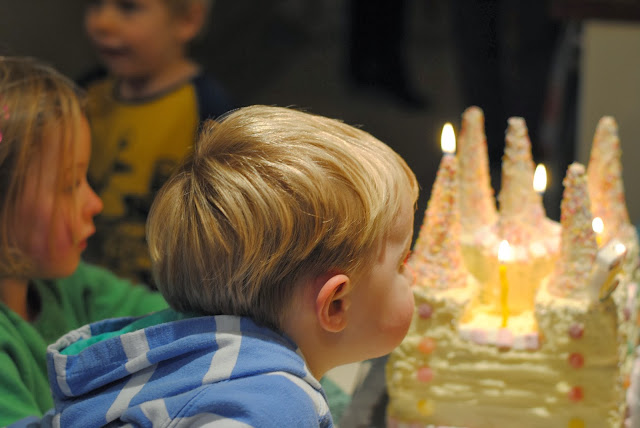 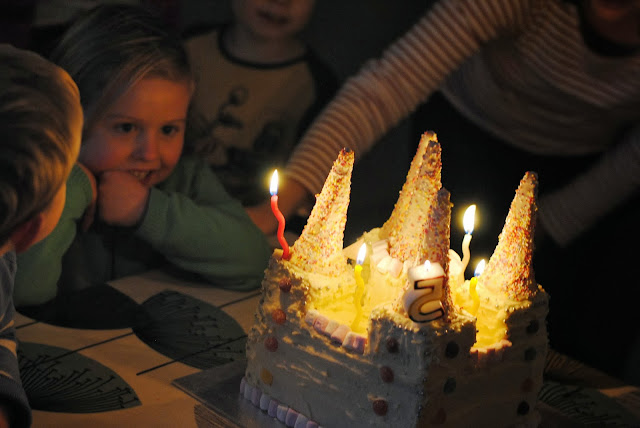 I am not sure I triumphed last year's effort. Cake and french bubbles were then followed by fireworks and sparklers which luckily went without a hitch: 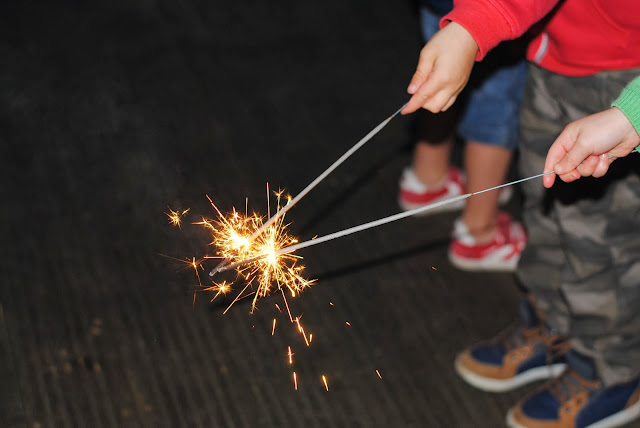 And finally cupcakes for Elis' childminder who was also celebrating her birthday:


From the recent parties - which have all been fun - I was particularly taken by the paint shop party and the fantastic paint wheel from which emerged some really beautiful designs:


And the shop was full of Dutch delights 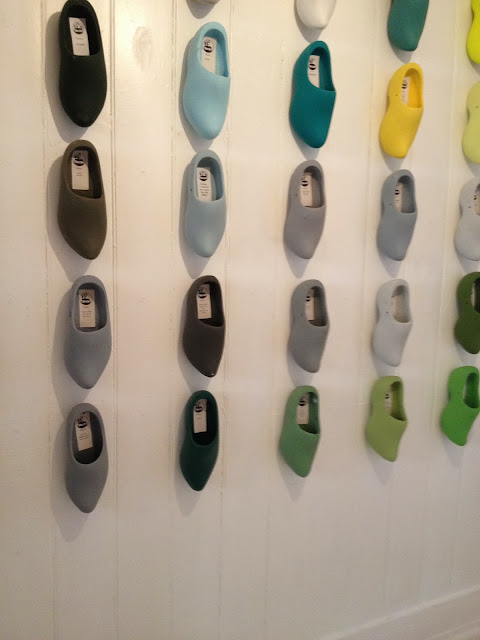 So I'm giving myself a cake break (making) before I can start stirring up the Christmas cake! 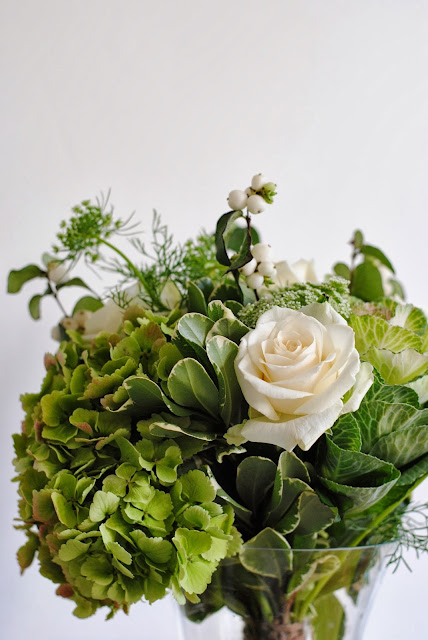 Last month our 10th wedding anniversary crept upon us. The lead up to the big day, dress fittings, flowers, decorations, guest lists and the various things we were doing in our lives (far more travel) and renovating flat/house (ugh!) all seem a million miles away. Fast forward to 2008 and the last five years have flashed by - we seem to live in 6th gear. I know I am getting older (Mirror Mirror on the wall does't lie), but how do children do it? Time to grab an hour and put my feet up! 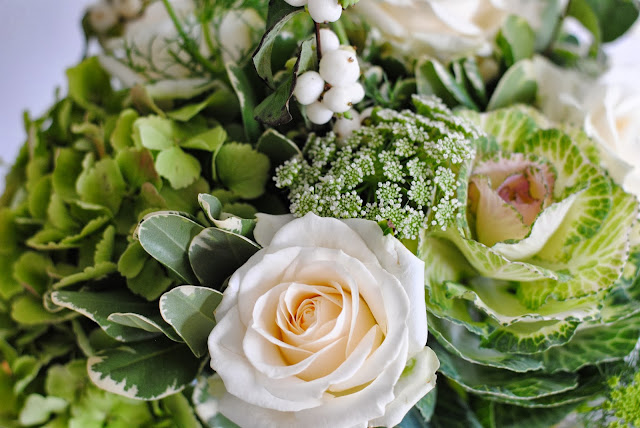