Last Saturday Isobel attended her first 'real' wedding. I say 'real' as we did watch the Royal Wedding - little did we know she had taken so much of it in. She was quite insistent on her dress being held as she walked up the path to the church! 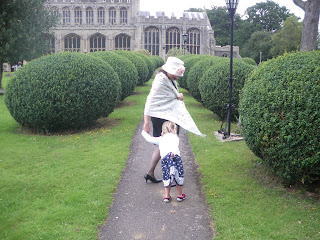 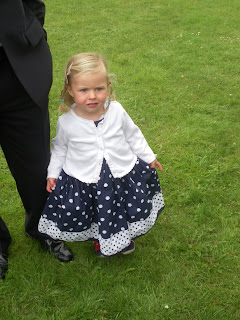 At the reception she teamed up with a girl slightly older - neither speaking each other's language, but that didn't seem to matter. It was quite a feat to drag Isobel away from the dance floor during the band's warm up (no qualms in asking men to dance (!) and make the trip home.