It was a week ago on Saturday, 24th September when Isobel and I were sitting having lunch. There was a knock on the door - a lady asking if we owned a black cat. He had just been hit by a car and had crawled under the front of our car.  About 20 minutes beforehand Yannick had sauntered downstairs (usually a late riser) and I asked him if he wanted some food, but no -  he indicated he wanted to go out the front.  Often than not he just sat on the bins and watched the world go by. For some reason on this day he had gone across the road and in coming home had darted in front of a car. What made him do it we will never know, if only he had decided on food and then ended up in the back garden he would still be with us. By the time I had crouched down under the car, feeling quite dazed by the information the lady was giving me, he had passed away. Within a space of 90 minutes I was chatting to him to then being asked by the vet's receptionist whether we would like him cremated or buried. All so unexpected and so surreal.

I know he was a cat, but he had been with me since he was 8 weeks old when I was 23 and in my first 'proper' job. That was 16 years ago in August when in 1995 he was small enough to fit in my hand. Whilst he sadly did receive less attention with the arrival of Isobel and the juggle of child and work, he was part of the household and we will miss him immensely. Today Isobel said 'I would love for Yannick to come back' - a hard one to answer. It is easy to momentarily forget what happened - when I leave the house I automatically think to check where he is, think I had better not put something on the bed incase he sleeps on it. He didn't really see eye to eye with Isobel, but I did find this photo of them last December enjoying the open fire: 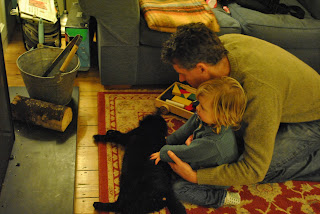 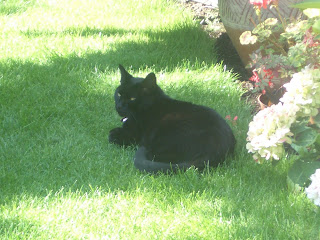 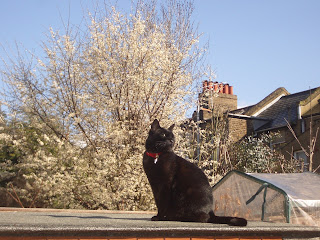 And some of his favourite positions: 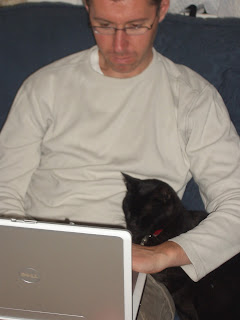 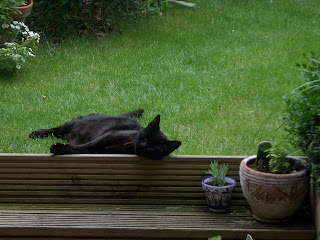