Our Adventures in June

Looking back it has been quite a busy month:

Jubilee: We were having lunch on the Sunday when we decided at the last minute to all pile into the car and drive to Battersea and see the river pageant. Following on from nursery's jubilee tea (it was sweet), Isobel was decked out in her crown and make shift flag. 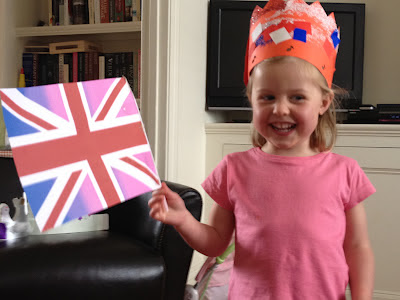 Typically when Richard drives we found a carpark space only 10 minutes away from the bridge, managed to meet up with Leonie despite the crowds and had a wonderful view from the bridge. 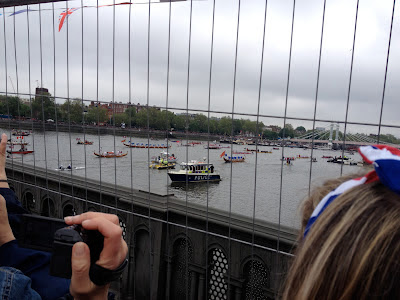 The following day, Auntie Heledd came to visit, which was very exciting for a certain little niece and after lunch we had some running around time at Greenwich Park: 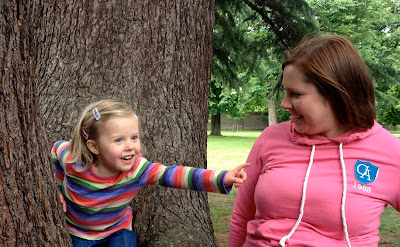 A couple of days later we were packed for the journey (with the kitchen sink) to Harlech for Richard's mum's 60th birthday party which has been in the planning for quite sometime. Both kiddies stayed up and Isobel had a ball thanks to the party planners - announcing the following morning she would like to go to another party......wish I  could have half her energy levels! 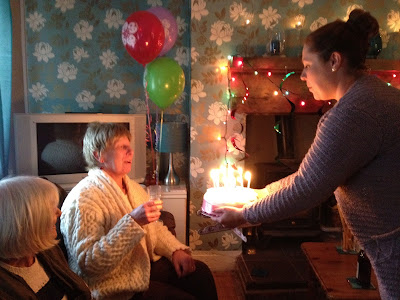 Despite the wet weather we managed to get in some beach action and an ice cream before heading home: 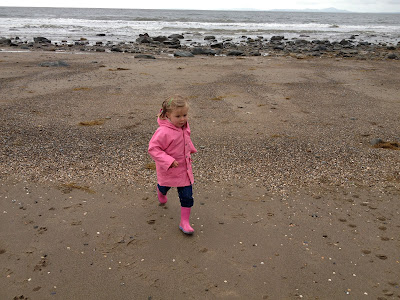 Back home and a visit to work the following day. Having not been there since September it felt rather strange. As I write this I have 3 weeks and 3 days left of leave......so the journey in will become a familiar one, once more. It will be so strange leaving the kiddywinks. Anyway, onwards and upwards, Granny came to visit the next day and I realise I didn't take any photos!! Granny did though and I adore this one: 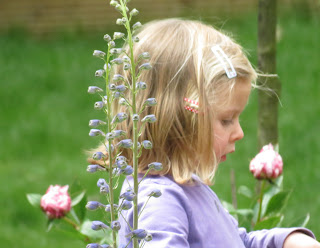 The following Sunday the weather looked promising so we felt a trip to the London Zoo was needed - something we have been meaning to do for ages. The tiger and monkeys were a big hit and Elis seemed to love being out and about. For me the giraffes were quite something - so graceful and serene: 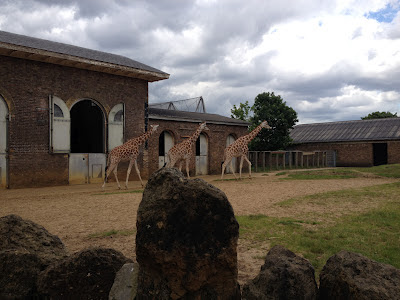 Elis went for his first swim on Monday 18th June - perhaps wishing he had had a nap that morning: 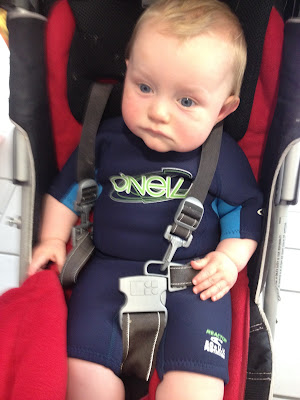 Richard was off work on the Wednesday and Isobel had expressed a wish to see the lions in Trafalgar square - inspired by one of her favourite books - Katie in London . A fabulous guide book for little ones! So off we went - on a bus (great excitement), train (even more excitement) and thrills when the lions came into sight. Of course all the other tourists wanted to climb them too... 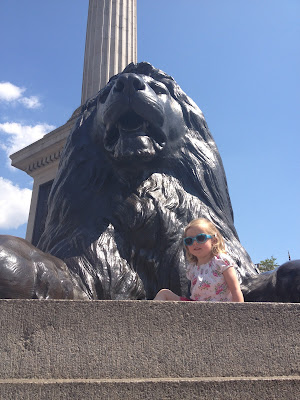 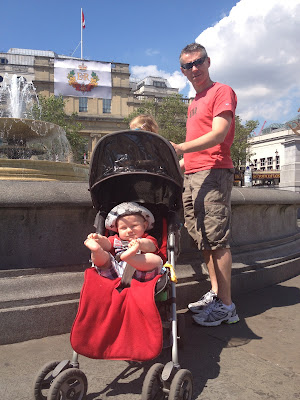 Then we nipped into the National Gallery Cafe - a jaunt Richard and Isobel used to do on a Thursday in days gone by. Look at this cupcake: 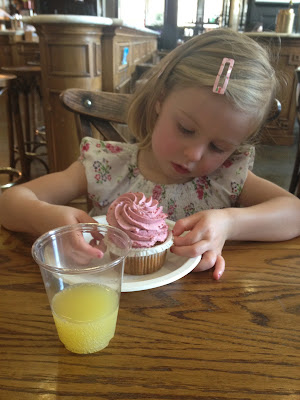 Can you believe we heard the words, 'I don't like it' - from the Queen of cakes! Daddy cashed in there.We then went into the Gallery - and it was wonderful - something I haven't done in such a long time I felt I was on holiday! Isobel attached herself to a school group and their talk on Renoir.
Lunch at Pizza Express and then onto another bus up to Regent Street. We braved Hamleys which I think Isobel found full on with all the 'demonstrators' and toys whizzing around. She was fine leaving there and the clothes shop (after my credit card had been used), but we had slight meltdown when it was time to leave the apple store - the kids corner with the ipads had her sitting quietly for ages - miracles do happen! Then it was home.... 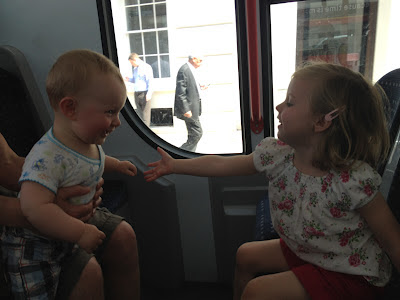 This month Elis has made many attempt to crawl and does move around somehow.....I also became an auntie again to little Sadie Florence - such a lovely name and can't wait to meet her. And as the weather dips up and down we still seem to be doing a fair every weekend.....steamfair last weekend aka wellies and lots of mud, and one each Saturday for the next fortnight.....Whay-hey! 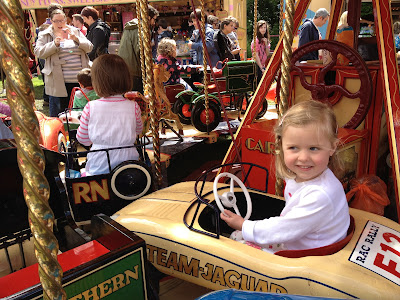