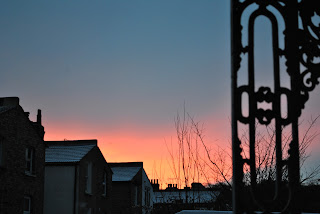 Sure enough it wasn't long before the snowflakes began to fall (again): 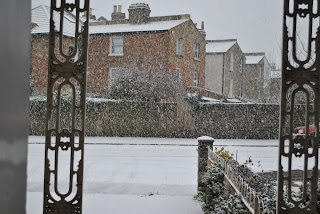 Earlier in the week, Richard had spotted the sleighs were back in stock so having taken about 10 minutes to dress Isobel for the chilly weather, she was sliding around: 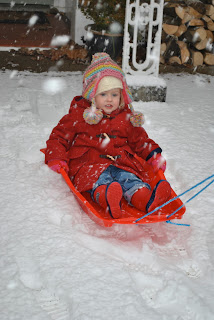 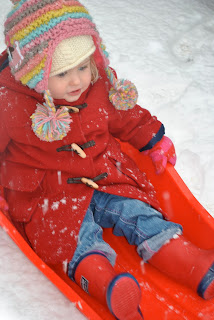 But literally two (maybe three) minutes later she was back inside exclaiming it was too cold.....So we stayed inside and made some gingerbread: 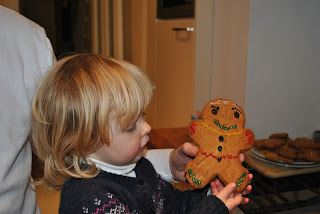 Yannick allowed Isobel within more than a metre (second time ever...): 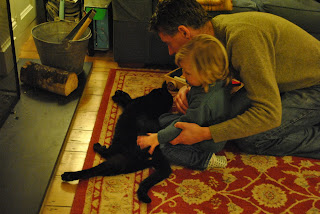 And I finished a cardy for nextdoor's new arrival: 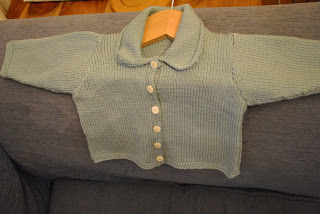 And made a Christmas wreath for the front door. Bay leaves are suppose to bring fame and fortune. The latter would be nice.... 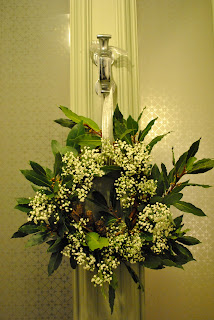