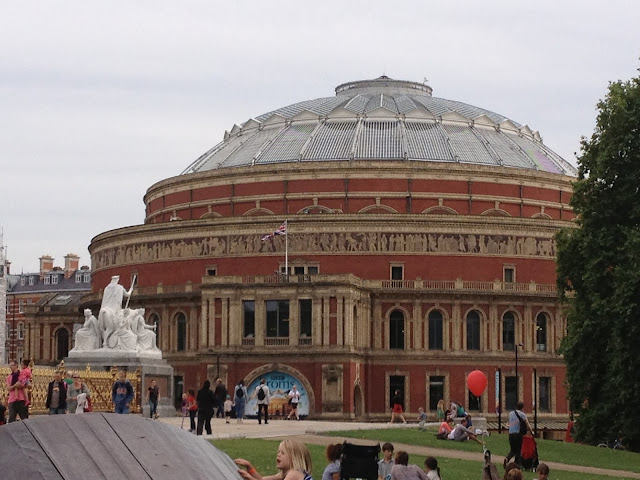 Having been a firm favourite storybook of Isobel's, when I saw "We're Going on a Bear Hunt" as a childrens' Prom we had to go! Tickets vanished on the first day of booking, but a kind colleague organised 'member' tickets and we had excellent seats. Isobel was very excited and had changed into 4 different outfits before 7.15 this morning in her deliberation about what to wear.....We had a look at the Prince Albert memorial first - the gleaming gold appealed, before having an ice-cream (followed by a stand off from Elis as Daddy had, in seconds, demolished his ice-cream....so Mummy had to part with hers!) Despite a flake waiting to be eaten, Isobel was keen to get going. 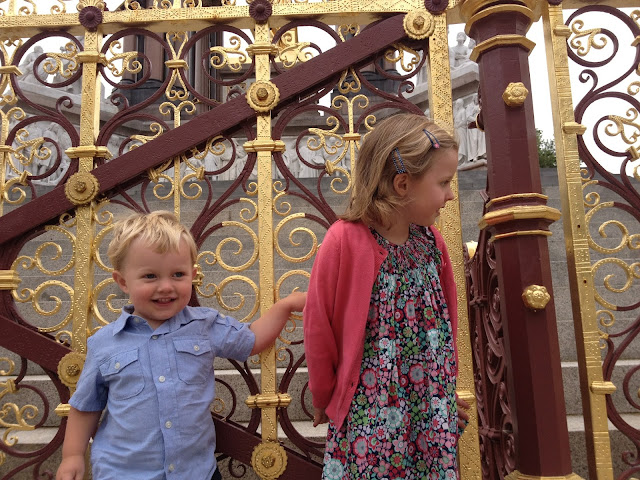 It was a fantastic experience and to see Michael Rosen again (last time as a child in Perth), telling the story enhanced by an excellent selection of orchestral pieces together with illustrations by Tony Ross - drawn as the story unfolded and projected onto various large screens.

Bit blurry, but Isobel was taking it all in. Even Elis got into the idea of clapping at the end of pieces. 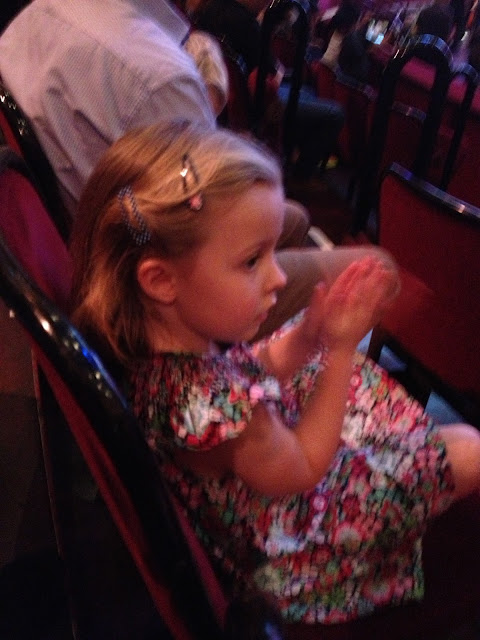 Isobel summed it up as lovely in the car on the way home and could we listen to it again. Thanks to technology, we could in an instant on my phone.....kids these days!